In Search of the White Gold

One of the greatest transfers of intellectual property took place approximately five hundred years ago. This pirating was not executed quickly, much like we do today when we download music or photographs taken by other artists. It began slowly during the early thirteenth century when the famous Italian traveller, Marco Polo, returned to his home in Italy from his twenty four year visit to China.
Marco returned with many new ideas and products that would change western civilization. He returned with a large cargo of brocade silks, valuable pieces of pottery, gold and many other samples of products produced by the Chinese artisans. The valuable pieces of pottery, carried home by Marco were the items that generated the greatest interest to the movers and shakers of late Medieval, early Renaissance Italy. These pieces of pottery were beautiful, sumptuous white porcelains. 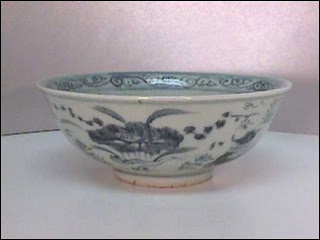 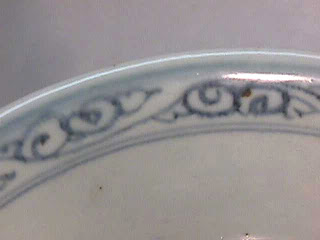 The Italians named this pottery, “Porcellana,” taken from the root “porcell,”: the name of a seashell that was bright white in colour. It was not long before the royal families throughout Europe began to demand porcelain. Their appetite for it motivated the clay artisans of Europe to try to produce it. There was, however, a small problem. The means to make porcelain was known only to the Chinese and the key to its creation was well guarded.
. 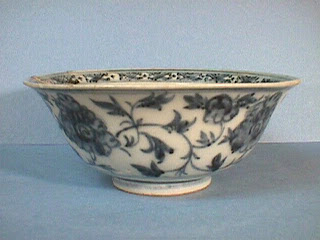 More porcelain began to trickle through the trade routes that followed Marco Polo, and availability of it also increased with the opening of the sea routs to the orient. The European continued to try to recreate this white hard ceramic material, but they could only imitate porcelain’s whiteness, its brilliance, and its transparency. The development of majolica, tin glazed faience, the delftware and bone china, were among their best endeavours.

It was during the late 17th century that the formula for porcelain began to unravel. The Europeans soon realize that there were two parts to the secret. One was the need to fire the porcelain to a higher temperature in order to change the clay into a hard white glassy form. The other part of the secret was the combination of material that went into making porcelain. There are reports that tell of English or Dutch traders bringing home samples of petuntse (feldspar), from China. They were not ceramists, so they failed to realise that they were bringing home only half of the secret mix. The Chinese were aware that the foreigners wanted to aquire the formula, so they never truly explained the whole process. When they talked of the porcelain, they used terms that could not be translated into the foreign languages. Even when they were being more generous with their explanations, much information was lost in translation. The Chinese used words such as “bones”, “meat”, and “oil” to explain the formula. They still do today. 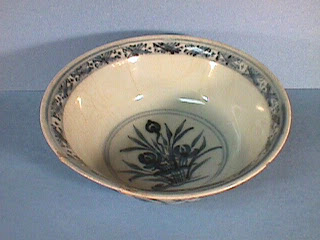 The closest any European came to recording the complete recipe for Chinese porcelain was Père d’Entrecolles. He was a part of the religious influx into China at the time. He arrived in China just before the turn of the 18th. He travelled to Jingdezhen, the heart of Chinese porcelain production, and while there, he documented the porcelain process in two of his letters home.

He wrote in his first letter to Paris in 1712: “From time to time I have stayed in Ching-tê-chên to administer to the spiritual necessities of my converts, and so I have interested myself in the manufacture of this beautiful porcelain, which is so highly prized and is sent to all parts of the world. Nothing but my curiosity could ever have prompted me to such researches but it appears to me that a minute description for all the concerns this kind of work might, somehow, be useful in Europe”. We now know that it was. The Church not only saved souls it recorded the life in the community along with all the technical information possible. This priest was practicing industrial espionage. 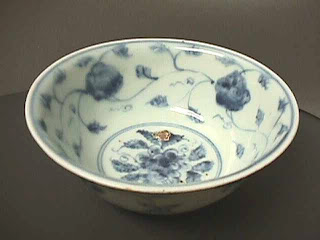 While Père d’Entrecolles was busy documenting the technical details about porcelain production, he, was unaware that an alchemist Fredrich Böttger and physicist E.W. Von Tschirnhaus, two alchemists under the control of Augustus II, king of Poland, had already succeeded in producing hard-paste porcelain in 1708. This success was not made public. The making of European porcelain did not begin until 1720 at the Albrechtsburg Castle in Meissen.
News travelled much slower during this time and Père d’Entrecolles most likely thought he was the only one chronicling the procedure for the real porcelain. Even he had mixed up the information that he was gathering. Some experts say the proportions of kaolin and petuntse noted in the letter were reversed. 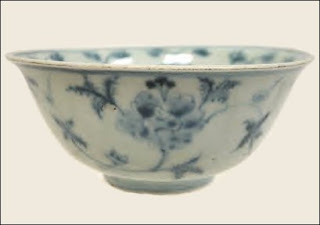 Père d’Entrecolles went on to compose a second letter in 1722. This epistle went into detail about the glazing and decorating techniques and enclosed detailed drawings of the kilns used, by the artisans, to achieve the high temperatures needed to melt the materials into the “white gold”. Although the letters of d’Entrecolles did not reach Europe until after the discoveries of Bottger, they were, nevertheless, considered the most comprehensive compilation of the porcelain process. The letters were published in Paris, and the procedures that were kept secret for over 500 years were now common knowledge. 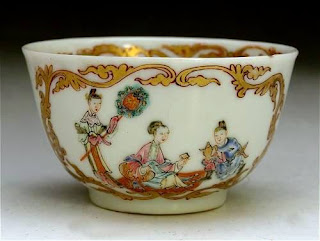 Today, years after porcelain has become a common European product, the Chinese still provide exceptionally high quality porcelain that cannot be mimicked. The art of making the porcelain by hand is fast disappearing. The European model of assembly line machine made products is replacing the quality handmade pieces.
It is also easy to see that the Chinese Porcelains have had a great influence on my own work. 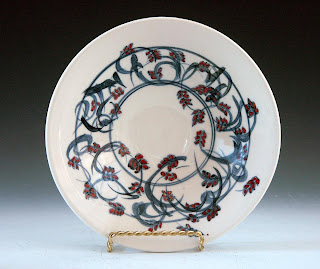 Posted by The life and times of Terrance Frank Lazaroff, CD at 2:11 PM